The Thrasher-Horne Main Stage is set to be rocked on December 1st by the raw power of one of the biggest and most accomplished electric violin acts in the nation: Femmes Of Rock. Led by rock violinist and arranger Nina DiGregorio, Femmes has thrilled audiences worldwide with their blistering solos, unique arrangements, beauty, and charm. Femmes Of Rock is just one of several shows presented by Bella Electric Strings, a group of approximately 30 talented musicians based in several US cities who tour as electronic string quartets in a variety of different productions. Similar to theater’s Blue Man Group and Irish dance’s Lord of the Dance, Bella has multiple themed shows crisscrossing the country, and their roster includes the best of the best in the world of electric violin. These girls have performed with some of the biggest names in the business, including Beyoncé, Rod Stewart, Shakira, Ricky Martin, Deep Purple, Cheap Trick, Stevie Wonder, The Killers, Michael McDonald, Andrea Bocelli, Earth, Wind & Fire, Pitbull, America’s Got Talent Season 1, and many, many more. Currently based in Las Vegas, Los Angeles, and Orlando, the group will soon make its way to New York City, with plans to expand internationally to Europe and Asia within the next few years. 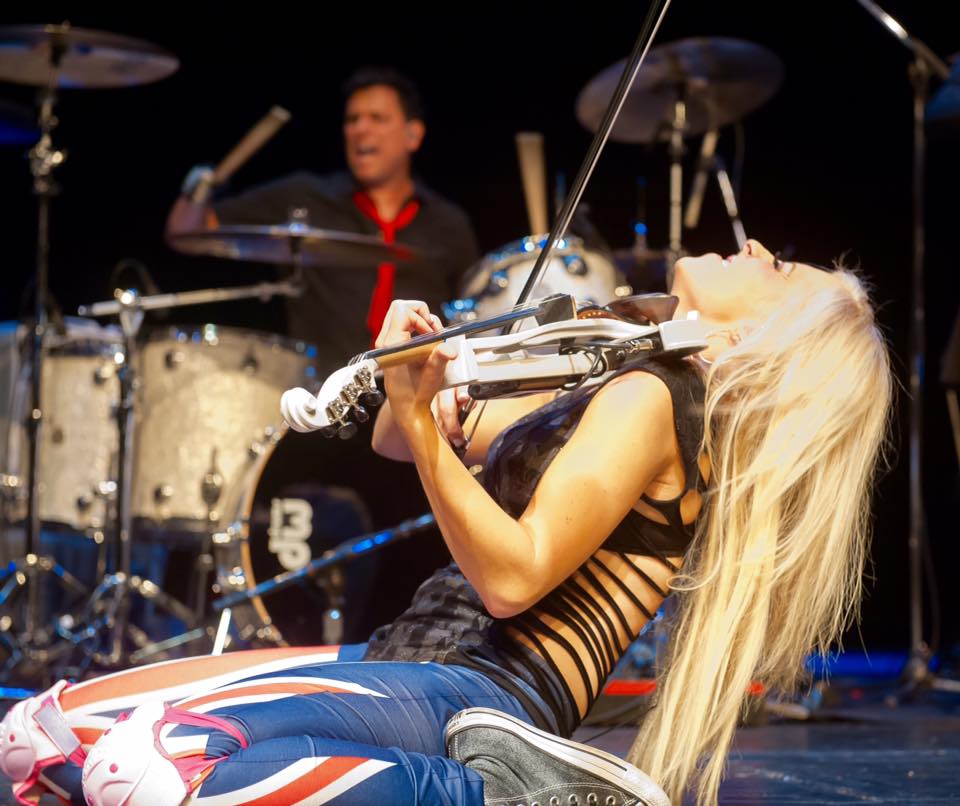 Featuring the music of AC/DC, ELO, Queen, Led Zeppelin, The Eagles, Jimi Hendrix, Prince, Metallica, David Bowie, Pink Floyd, and more, the Femmes Of Rock show takes Bella Strings to a whole new level. All-new arrangements, original material, a live rock band, video, lights, choreography, comedy, and more can be expected in this high-energy show that leaves audiences awed. The only one of its kind, there are no other similar string acts operating at this level of production. Be prepared for something that you have not yet seen the likes of. The girls keep a busy touring schedule and are one of the most sought-after “hard rock” violin acts in the world.

Tickets for Femmes Of Rock start at $39.00 and are available now through the Thrasher-Horne Center Box Office, by phone at (904) 276-6815 or online at THcenter.org.

Here's a look at what you can expect this weekend

You won't believe how far your wedding dollars can

Safety in Mind, Events at Heart! Play Your Part!

THIS WEEK! David Nail will be at Thrasher-Horne C

Calling all vendors! Applications are now being ac

Safety in Mind, Events at Heart! Here’s a look

This error message is only visible to WordPress admins

Error: API requests are being delayed for this account. New posts will not be retrieved.

Seven Tips to Make Your Company Holiday Party A Hit

Tips to Find The Best Party Venue for Your Event

A Complete Guide to Planning a Successful Conference or Convention

A Guide to Planning a School Reunion

Box Office Hours: Monday through Thursday from 11 AM - 3 PM
We are also open one hour prior to showtime on event nights.